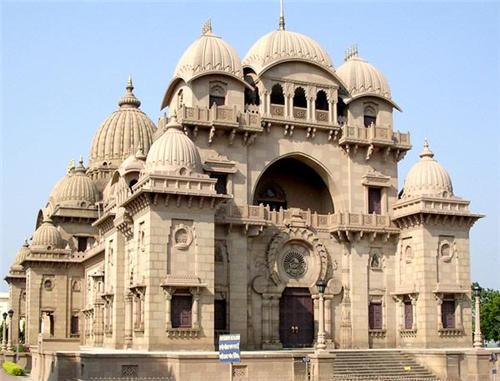 Belur Math pronounced as Belur Mutt acts, as Ramakrishna Math and Mission’s headquarters and situated on the western bank of Hooghly River flowing near Belur in West Bengal, India. Swami Vivekananda, one of the chief disciples of Ramakrishna Paramahamsa, founded the Math which presently falls in the list of Howrah’s most significant institutions. The temple acted as the center for the Ramakrishna Movement and is extremely popular for the architecture which is a mixture of Islamic, Hindu and Christian motifs for being a symbol of collaboration of all religions.

Swami Vivekananda, along with a small group consisting of disciples from the West, reached Colombo in 1897 in the month of January. He established two monasteries, the first one at Belur that later went on to become Ramakrishna Mission’s headquarters. The other one, known s Avaita Ashrama, was established on the Himalayan Range at Mayavati close to Almora. The monasteries were to function for receiving and training young males who would finally become sannyasis in the Ramakrishna Mission. 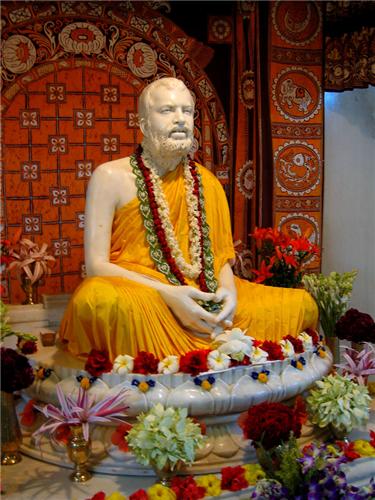 The charitable activity was then launched in that year and the relief of famine was executed. Before visiting the Parliament of Religions, Swami Vivekananda acted as a wandering monk which was known as parivrajaka. This enabled him to travel to different corners of India and come across different architectural monuments such as palaces in Fatehpur Sikri, the Taj Mahal, palaces in Rajasthan, the Diwan-i-Khas, ancient temples in Gujarat, Tamil Nadu, Karnataka, Maharashtra and many other places. He got acquainted with different buildings holding architectural importance while visiting Europe and America.

While some of them were built using Modern and Medieval architectural styles, others were constructed using Renaissance and Gothic styles. Reports say that Swami Vivekananda included these ideas while designing the temple in Belur Math. Swami Vivekananda’s brother, Swami Vijnanananda, was a monk and a monastic disciple of Ramakrishna. However before his monastic life, he used to be a civil engineer and was given the task of designing the temple as per Swami Vivekananda’s ideas. The foundation stone of the temple was laid on 16th May, 1935 by Swami Shavananda who was appointed as Belur Math’s president at that time.

Martin Burn and Co. Was given the task of handling the huge construction. The Belur Math is proclaimed as a masterpiece in architecture by the mission.

The Belur Math has a campus covering an area of one lakh sixty thousand square meters or forty acres and situated on river Ganga’s banks. It comprises of temples devoted to Swami Vivekananda, Sarada Devi and Ramakrishna. The temples have their relics enshrined and the chief monastery belongs to the Ramakrishna order. It even features a museum which consists of different articles related to Ramakrishna Mission and Math’s history. 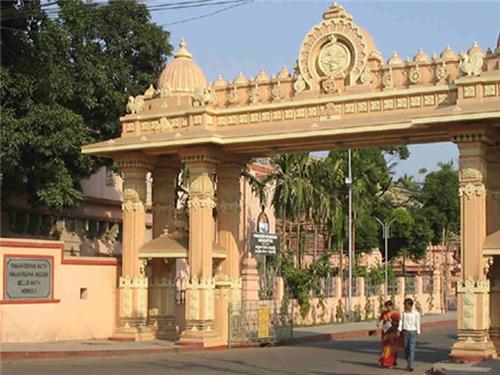 The large campus close to the Belur Math is composed of different kinds of educational institutions which are affiliated to the Mission. Devotees consider the Math as a great site of pilgrimage and many tourists come to visit this place near Howrah throughout the year. Abdul Kala, India’s ex-president considered the Belur Math to be a site of heritage holding national importance.

About the Belur Math Temple

Swami Vivekananda envisioned the temple’s design which was turned into reality by the architect, Swami Vijnanananda. The architect was one of the main monastic disciples of Ramakrishna Paramahamsa. The day of Makar Sankranti on 14th January in the year 1938 saw the consecration of Sri Ramakrishna Temple. It aims at celebrating the diversity present in the different Indian religions and looks like a church, a mosque and a temple when viewed from different angles. Symbolism and architectural styles belonging to various religions were included for designing the Ramakrishna temple in Belur Math for conveying the universal faith which forms the belief of the movement. It is regarded to be a major example of the value of material dimension of religion.

The prime entrance to the temple consists of a facade which has been inspired by Buddhist architecture. The structure rising above the entrance is similar to the South Indian temples having lofty towers and belonging to Hindus. The balconies and windows present inside the main temple are designed according to the Islamic or Mughal and Hindu or Rajput style popular in north India. The dome present in the center is based upon the European architecture which was popular during the period of Renaissance. The ground has a plan and shape similar to that of a Christian cross.

The temple has a height of around 34.3 meter or 112.5 feet along with an area of 3060 square meters or 32900 sq. ft. Though a small portion at the front of the temple is made up of cement, the main temple was constructed using the "chunar" stone. The entrance to the temple is extremely high and resembles the shape of a "Gopuram" famous in South India whereas the pillars present on either side are based on Buddhistic style of architecture. The three domes forming the crown of the temple and have the shape of an umbrella were constructed using a combination of Moghul and Rajput styles.

The entrance has a circular portion which was constructed by combining the Hindu architecture with the Ajanta style. The large congregational hall which is attached with the sanctum and known as "natmandira" has the shape of a church. The pillars arranged in a line on both sides represent the Greek or Doric style and have been decorated using the idea of the Meenakshi temple present in Madurai in the state of Tamil Nadu.

The Ramakrishna Museum is a two storey building consisting of artifacts which were used by Sarada Devi, Ramakrishna Paramahamsa and Swami Vivekananda along with his disciples. The long coat which was used by Vivekananda while travelling in the western countries, a table belonging to Sister Nivedita and Mrs Sevier’s organ are present in this museum. It is the ideal place for gathering proper info about the movement’s growth and the situation of Bengal during that period. It even hosts a true recreation of Panchavati which refers to the group of 5 sacred trees in Dakshineshwar Temple which were used by Ramakrishna for performing "sadhana".

Explore more about Shopping in Howrah