Flora and fauna needs to be preserved for the conservation of nature. The wildlife sanctuaries and national parks in different parts of India look after the conservation of the wildlife. The floral diversity is conserved in various botanical gardens around the country. Among them the foremost and the most important one is The Indian Botanical Garden in Shibpur, Howrah, just across the river from the city of Kolkata. The wide ranges of plant species that are seen in the garden are amazing to say the least. 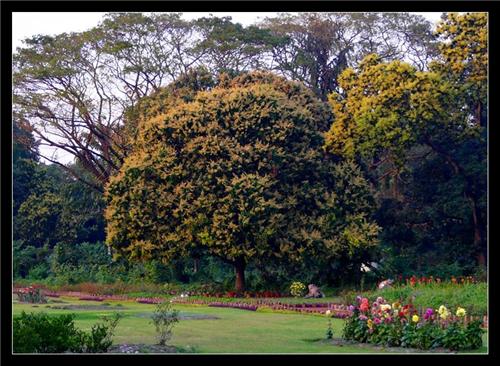 The garden is spread over an area of approximately 109 hectares. The Botanical Survey of India is in charge of the maintenance of the garden and they have been doing a great job for a long time. There are over 12000 specimens to be seen around this garden. A large number of tourists visit the garden all over the year. This is one of the most important tourist spots in the country.

History of the Indian Botanical Garden

Colonel Robert Kyd, who was a British officer in the army of the East India Company, had founded this botanical garden in the year 1787. The primary intention of founding this garden was to grow commercially viable plant species. Many spices were grown on the garden premises back then as well, these spices were sold for trade purposes. A radical change was brought about in this garden by William Roxburgh, a Botanist. He was chosen as the superintendent in the year 1793. A wide range of plants were brought in from different parts of India and a herbarium was developed during that time.

This was when the garden started to operate as a proper botanical garden. Today there are more than 2,500,000 plant species in the herbarium. At various points of time, new programs have been taken up by the garden authorities. In the 1970s a program was started to grow food plants in the garden. Other species of plants were also started to be grown for the economic benefits of the people of the region.

Famous Botanists from around the world have recognized the importance of this botanical garden and its role in preserving the flora of the region. In the year 2009, the garden was named after Acharya Jagadish Chandra Bose, who was an eminent Botanist of Bengal, and became world famous for his work in the field of Botany.


Features of the Indian Botanical Garden

The garden has been divided into various sections depending upon the types of trees that are present. Today, the garden has trees from all over the world and tourists flock the garden to observe these rare specimens.

Plant Collections at the Garden:


Phoenix Rupicola - This is one of the rarest species of palm trees in the world. There are only two groups of these plants in the entire world. One such is in this garden.

Century Palm - This is another rare variety of palm. Only once during the entire lifetime this plant bears seeds. After that the plant dies.

Cannon Ball - The name of the tree is such because of the shape of its fruits. The fruits look like cannon balls. Poultry animals and pigs love to feed on the pulp of the cannon ball seeds.

Mad Tree - Mad tree which has the scientific name of Pterygota Alata is found in this botanical garden. The tree is called ‘mad’ because the leaves are all of different sizes and shapes. This is one of the rare plant species. 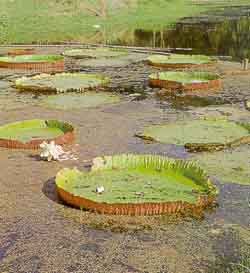 Double Coconut Palm Tree - This rare tree has been present in this garden from the year 1894. The seed produced by this tree is the largest. The total span of life of this tree is 1200 years.
There are 109 species of Palm trees in the garden. There are more than 140 cultivars of the Bougainvillea plant as well. Giant lilies are also a special attraction of this garden.

Facilities at the Indian Botanical Garden 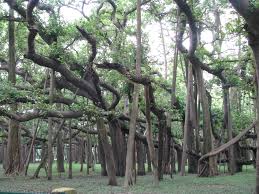 The diverse species of plants present in this garden attract a lot of birds as well. Some of the bird species that are found here are - Black Rumped Flameback, Jungle Babblers, Rufous Treepie and many more. Apart from the birds, there is a lot of mongoose and squirrels as well.

The main attraction of the Botanical garden is ‘The Great banyan Tree’.
The scientific name of this tree is Ficusbenghalensis. The native origin of the tree is India itself. The plant’s fruit is inedible and red when ripe. This tree is more than 250 years old. The total spread of the tree 14500 square meters. The tree looks more like a forest than a single tree. The tree has withstood a couple of strong cyclones in the 19th Century. The main trunk of this tree was removed in 1925 as it got decayed and damaged. The aerial roots of the tree are a rare spectacle in the field of Botany. There are more than 3300 aerial roots of the tree that have reached the ground. The circumference of the tree is 1 km in length. The tree is a favourite among the photographers who visit the garden very often to take pictures of the plants.

Timings:
The Botanical Garden is open to the public five days a week from Monday to Friday. The garden remains closed during the week ends on Saturday and Sunday.
Garden opening time is 7:00 am to 4:00 pm. For a visitor, it usually takes a couple of hours to cover the entire garden.

Entry Fee:
The entry fee of the Botanical Garden is Rs 5 for Indians and Rs 50 for foreigners. The fee has to be paid at the counter at the entrance of the garden.

A large number of tourists have been visiting the garden over the years and pollution has also started increasing at an alarming rate. Of late, strict laws have been enforced to preserve the sanctity of the garden. Cooking and burning fires on the premises of the garden is completely banned and is a punishable offence.