Howrah is a very vital part of the state of West Bengal. It is connected with every part of India through the railway network. It is one of the most important railway junctions in India. There are many mosques in and around Howrah due to the presence of a lot of people from the Muslim community.

The main mosques are mentioned below:

This mosque located at the heart of Howrah just across the River Hooghly from Howrah. It is a very famous and important mosque around this place. The mosque is known for its architectural relics and immense cultural heritage. People of all religions are allowed to enter the mosque and offer their prayers. 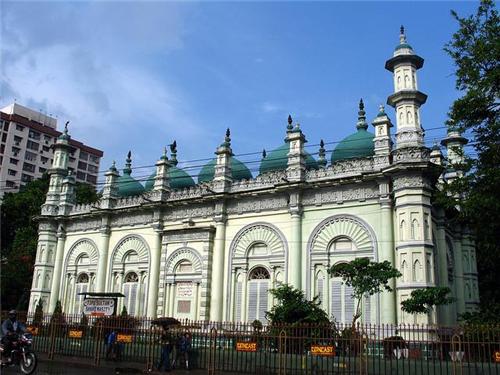 Photography is allowed here. This mosque was built by Tipu Sultan’s youngest son, Prince Ghulam Mohammed in the year 1832. The authorities of the mosque see to it that the communal harmony of the region is maintained. They carry out a lot of social welfare services as well. A lot of tourists visit this mosque every day and it is an integral part of the city of Howrah.

This is another very old mosque located in Hooghly, only an hour’s drive from Howrah. The construction work of this mosque had started in the year 1861. The rich heritage of Bengal is reflected in the architecture of this mosque. One of the key features of this mosque is the clock on the tower. The clock was imported from London by the original land owner of this place, Mir Keramat Ali. Till this day the clock has been running perfectly. 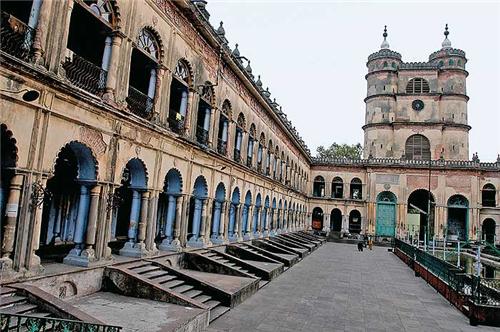 Two people need to wind the clock once every week. There are bells attached to the clock which chime at regular time intervals. The prayer hall inside the building of the mosque is a spectacle indeed. There are chandeliers and lanterns on the ceilings of the prayer hall which have been made from Belgian Glass. The marble and granite flooring is also of the highest quality considering the age of the mosque. There is a separate room for the female devotees to offer their prayers. The compound has a beautiful fountain as well.

This is the most important mosque in the city of Howrah, situated in Chitpur. The architecture of this mosque is an exact replica of the mausoleum of Akbar, the great Mughal Emperor, at Agra. A small group of Sunni Muslims named Kutchi Memon Jamat had built this mosque. The mosque is named Nakhoda because the leader of this group had a shipping business. ‘Nakhoda’ means ‘Mariner’. The construction of this mosque started in the year 1926.
The huge prayer hall of the mosque can accommodate 10000 people at a time. The two main minarets of the mosque are 151 feet high. The entrance of the mosque has been inspired from the Buland Darwaza at Fatehpur Sikhri. There is amazing artistic work on the interiors of the mosque. This is a very popular tourist destination in Howrah. The mosque looks beautiful during festivals when it is decorated.

These are the main mosques based in Howrah. They have withstood the ravages of time and helped in propagation of Islam religion.